Time That Remains (TTR) is a pop-punk rock band out of Boston, Ma who has traveled all over New England playing at the Hard Rock Cafe in Boston, Nascar, Lawn on D, Hampton Beach Seashell Stage, Middle East Night Club and multiple other venues. Twin brothers Jake and Nick DellaCroce along with their friend Kevin Becker started the band in 2016 built on their chemistry and passion for music. After the tragic loss of Nick in 2021, the band is continuing forward with childhood friends, Brian Teixeira and David Miranda, with every bit of passion for writing and performing as they’ve always had. Their debut single “Locked Up” is being released on July 1st on all streaming platforms. (Presave link here!!!)

We spoke with both Jake DellaCroce and long time friend of Next Generation Concerts, Randy Leventhal, about the upcoming release and the direction of the band.

Next Gen: “What are the plans for the band?“

Jake: “My only goal for the band is to take it as far as we can while maintaining the fact that we play because we enjoy it. There is no greater feeling than strumming a guitar in rhythm with my closest friends.”

Next Gen: “We have had the opportunity to work with you and your brother Nick since 2014, watching you grow as people and young musicians. We’re so grateful for the all memories made together. What a devastating loss you, your family, friends and our community have suffered losing Nick.”

Jake: “My twin brother Nick DellaCroce, was both our drummer and lead vocalist until last summer. He was riding his motorcycle home from work on July 15th, and was struck and killed by a lady not paying attention to her surroundings. That was the worst day of my life. My whole world flipped upside on a day that started as ordinary as any.”

“I lost all hope for my future, as we had planned our futures together. I had to relearn how to live, as we spent almost every waking moment together. And I had to learn how to go about this horrible planet without my best friend.”

“I very seriously debated never playing music again. That was our thing. We used to jam in our garage for tens of hours every week. I could not possibly see myself doing it without him. My friends and family told me I couldn’t quit, because that’s not what Nick would have wanted. And I knew they were right, but told myself I just needed a small break. But then a few days later, I picked up my guitar in our garage, with all my friends and family, and we played and sang our hearts out for my brother, and I knew I could never stop playing.”

“A lot of my newer material is and will be heavily influenced by the passing of my brother. And some of it will be with his drums tracks, vocals, even guitar tracks that he recorded years ago. I am going to do everything possible to use every audio clip of my brother, and turn it into our music.”

Randy: “The loss of Nick hit me so hard, working on this project with Jake and his friends and family has been so special and has also been therapeutic for me and hopefully for them as well”

Next Gen: “Your new song Locked Up is coming out on July 1st. What was it written about and what is its significance now?”

Jake: “This is an interesting one. Locked Up was originally written during a period of hardships in my life. I felt as though I was trapped in my own head, and I was struggling to get out. Now, however, it holds so much more meaning. The chorus can easily fit the feeling of anyone, in any negative situation that they may find themselves in. For me, it expresses my inner thoughts about the loss of my brother and band mate. I am not okay, and I do not believe any of us ever really are “okay.” And that is okay.”

Next Gen: “Who are the new band members?”

Jake: “Our new band members, since our last performance, are Davi (David Miranda) and Cocoa (Brian Texiera). They are great friends of mine and I think of them as family. David is now taking up the role of our drummer, knowing that he has massive shoes to fill. He is taking up the role with nothing but dedication and maximum effort. Brian, is our new bass player. He is a gifted musician on the bass, guitar, and has an incredible voice. He is willing to take up any challenge we throw at him, and has been bringing tons of new material to the table.”

Next Gen: “Where was the song recorded and what is Randy’s part in it?“

Jake: “Randy is our beloved manager, whom I have looked up to as a mentor, idol, and role model for over 10 years.”

Randy: “Jake and Nick are like brothers to me, getting to manage them and Produce ‘Locked Up’ is not something I take lightly. I got all of the tracks together at my Highway to Hale Studios in Beverly. We had it mixed by Brian Malouf in California and Mastered by Chris Gehringer (Sterling Sound). I’ve worked with both of them before with Exit 18 and have found a formula for getting great sounding music. Both Brian and Chris are monsters and it’s so cool to be working with them.”

Jake: “The song was recorded mostly by my brother and myself. Nick’s drum tracks for Locked Up are one of the few we have of him. As well as a little tag of his vocals at the end of the song, showing his annoyance with us making him do so many drum takes. I recorded guitar, bass, and vocals on the track. With a few riffs in the chorus and bridge being done by Chubz (Kevin). In the gang vocal section is a combination of the closest people to my heart. All of my closest friends, and both of my parents. We thought that a gang vocal for that section would really give a feeling of struggle, while at the same time, being united. The single was mixed by Brian Malouf, and Mastered by Chris Gehringer, who are both legends and masters of their field.”

Next Gen: “How many original songs are in the works?”

Jake: “I cannot disclose a number of original music in the making, but I can and will say that we have definitely been working on plenty of new material, and will be releasing again soon. With the help of my bandmates, and Randy, I have full confidence that Time That Remains is not going away any time soon”

PRESAVE “Locked Up” here and follow all things TIME THAT REMAINS.

Below photo of Time That Remains playing Lawn On D from 2019. 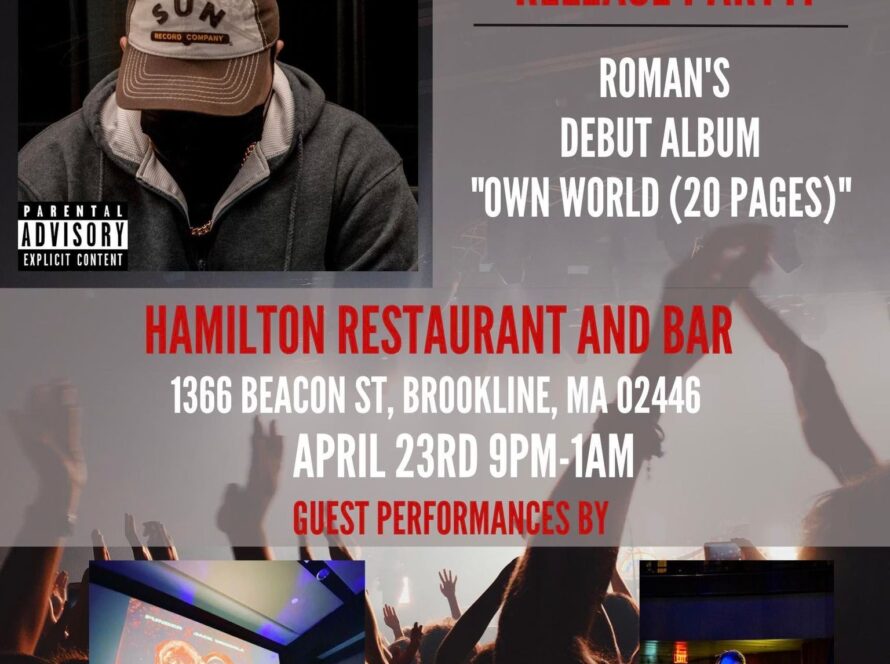